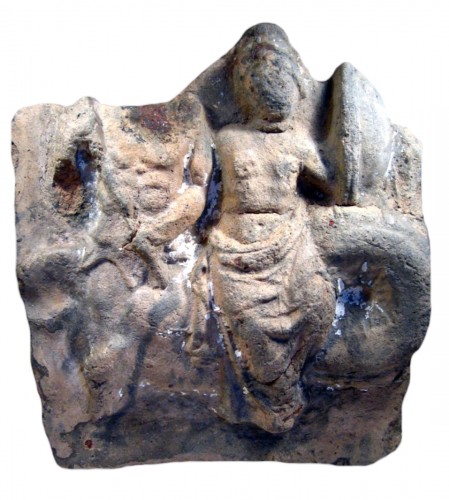 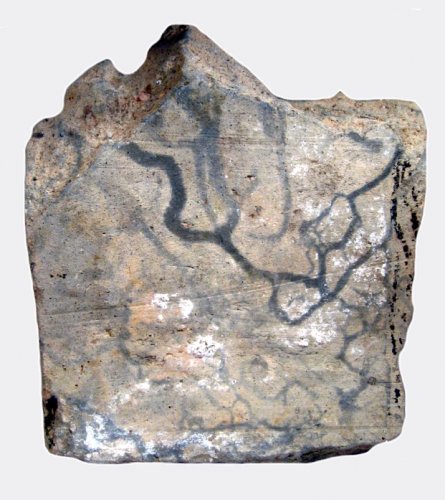 Large terracotta moulded piece, most probably a metope - or part of figurative architrave of a building, with a scene from the Iliad. The scene can be identified as the nymph-goddess Thethis, Achilles' mother, carrying back the Hero's weapons on the back of a Nereid - or sea monster. Thetis was the mother of Achilles, the greatest of all the Greek warrior-heroes, and this scene shows her taking a magical shield and suit of armour to her son from the god-blacksmith Hephaistos in order to protect the ill-fated warrior in the Trojan War. Though Thetis had tried to stop her son joining the war, he had come to Troy with Odysseus and had up to this point refused to fight. But the death of his friend Patrokles forced Achilles to take up his arms and wreak revenge, thus turning the axis of the war to the advantage of the Greeks. When Achilles was eventually killed by Paris, Thetis came from the sea with the Nereids to mourn him and collected his ashes in a golden urn. Upper portion lost, general wear as shown in the picture. 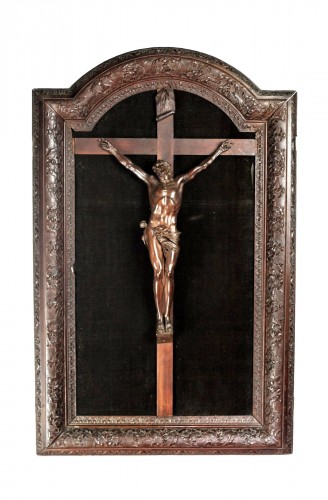