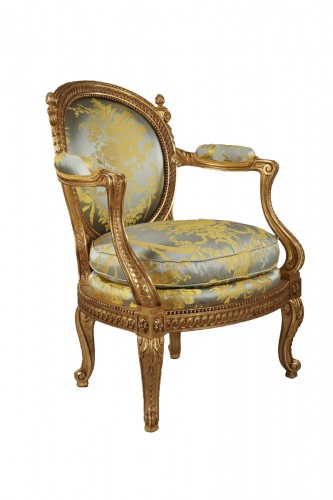 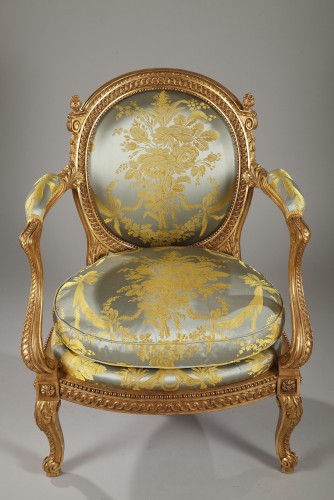 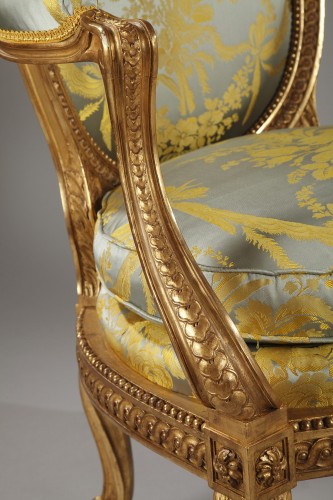 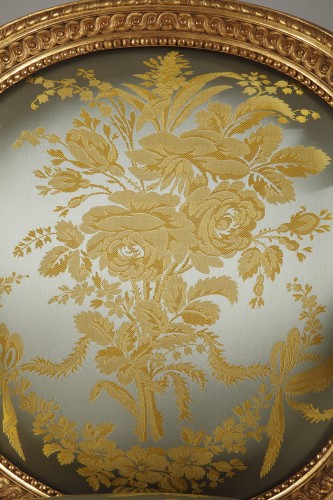 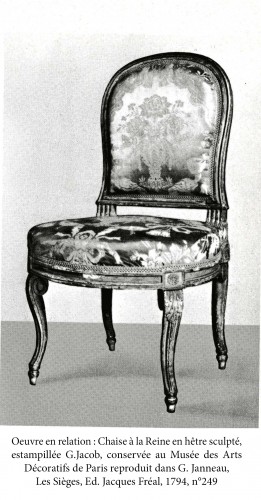 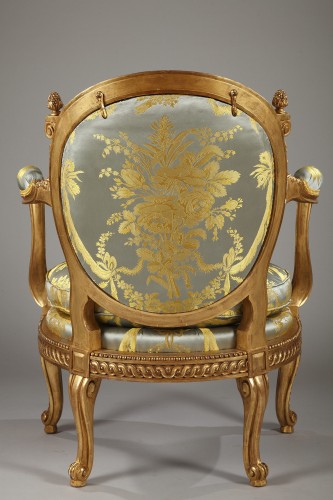 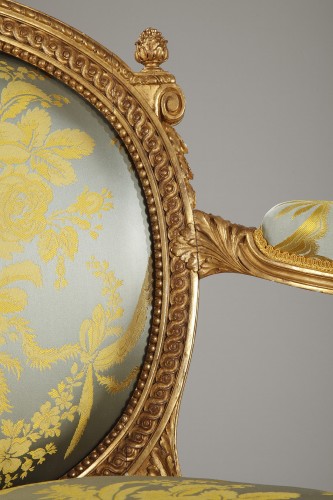 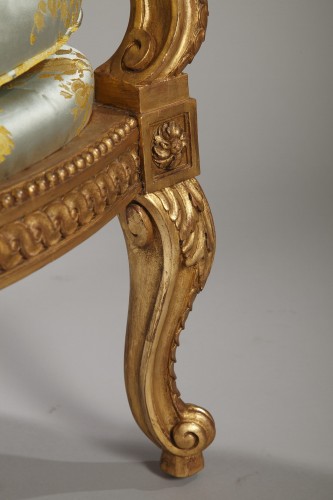 Rare sculpted and gilded wood armchair with a medallion back. Richly adorned with friezes of interlacing, beads, and piastres, completed with rosettes and acanthus leaves. Standing on console feet. Its reduced dimensions allow us to deduce that this armchair has been made to a low-roof room like a boudoir.

This armchair seems freely inspired by 18th century transition style designs of seats, and notably by those of Georges Jacob (1739-1814), who became master in 1765. Indeed, the design of the console feet reminds very much of the curved feet with a convolution invented by Georges Jacob.

Biography
After he became a master in 1765, Georges Jacob (1739-1814) worked from 1773 to the French Revolution for the Garde-Meuble de la Couronne. His clientèle included Louis XVI and Queen Marie-Antoinette, the royal family, and in particular the comte de Provence (future Louis XVIII), the comte d’Artois (future Charles X), the prince de Condé, the duc de Penthièvre and foreign courts. In 1785, he created the first mahogany chairs ‘à l’anglaise’ for the comte de Provence. He launched the Etruscan style when delivering a set of sculpted mahogany for the dairy of the Rambouillet Castle in 1788. He also took part in the furnishing of the Petit Trianon in Versailles. Thanks to the painter David, Georges Jacob went through the revolutionary period without particular problems. He retired in 1796, and his sons succeeded him, but came back soon after to help his sons delivering the furniture for the imperial residences, including Napoleon 1st’s. 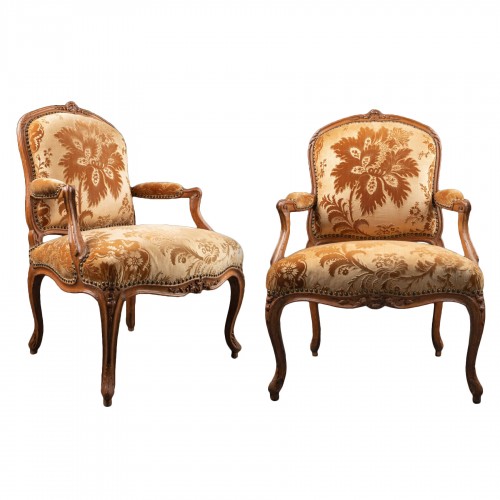 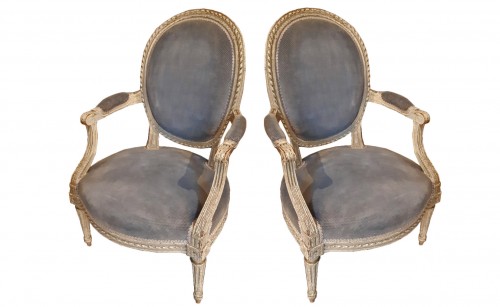 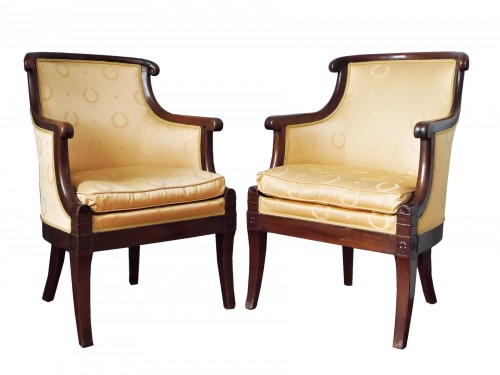 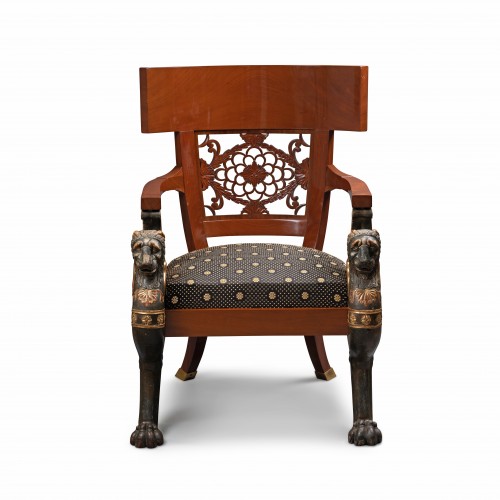