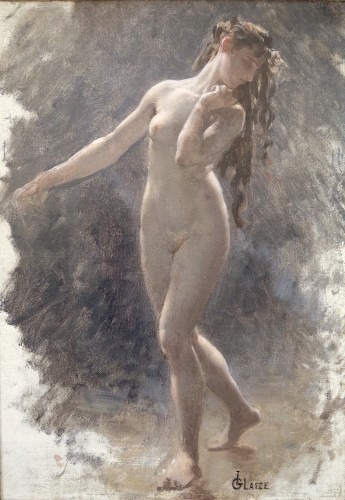 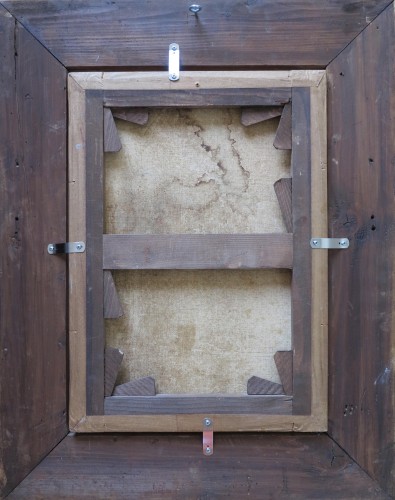 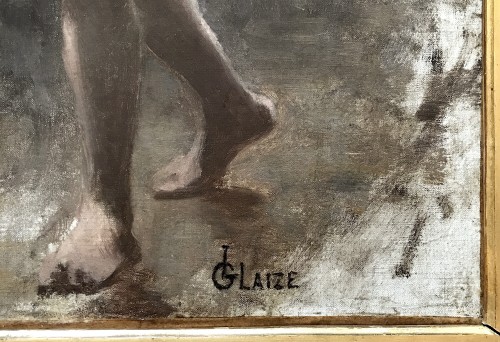 Study for a moving female nude

Pierre Paul Léon Glaize was born in the capital on February 3, 1842. His father, Auguste Barthélemy Glaize (1807-1893), was one of the artists who occupied a considerable place in the period from 1839 to 1890. Son of a painter, Léon took advantage of his father's teaching before entering the École des Beaux-Arts in Paris in the studio of Jean Léon Gérôme on March 31, 1863. He obtained the second Prix de Rome for painting three years later in 1866.

His first participation in the Paris Salon with Dalila dates from 1859 - he was then only 17 years old, and earned him an honorable mention. Then, the sendings followed one another regularly, and each year of new progress and rewards testified to the stubborn work of the painter. Théophile Gautier described his paintings as “good and solid painting”. His favorite subjects were first of all biblical and mythological. He did not turn to portraiture until the 1870s. Thus all the great artists (Gérôme, Hugo, etc.), scientists or politicians of his time passed under his brushes.
It is noted that Léon Glaize also had a European artistic reputation with a medal at the Antwerp exhibition and a medal in Vienna.

Because of his success at the Prix de Rome and at the various Salons, Léon Glaize also received numerous public commissions. Endowed with a great power of work, he was the author of the ceiling of the Théâtre des Arts, in Rouen (work destroyed during the Second World War), and he decorated the wedding hall at the town hall of the twentieth arrondissement, as well as the friezes of the Salon des Arts, at the Hôtel de Ville in Paris. He also devoted himself to religious buildings with the realization of the decorations of the Saint-Louis d'Antin church and those of the Saint François-Xavier chapel of the Saint-Merri church.

Another aspect of his work, less known, was his cooperation with the Banque de France. In the 1890s, he was therefore contacted by the banking institution to work on making banknotes. His compositions were selected for, among others, the Banks of Madagascar, with Charles Jules Robert (1843-1898) as engraver.

The artist died on July 7, 1931 in Paris and was buried in the Père-Lachaise cemetery (44th division).

Delicate and ingenious, recognized as a painter of history and monumental compositions, he was also the exact and sober portraitist of his relatives as well as of the high society of the time.
Although Léon Glaize lived in the second half of the 1800s and the first thirty years of the 1900s, he never abandoned the neoclassical and academic concept and technique that he had learned from his father and his teacher Jean - Leon Gerome.
“Personally, he tells us, I find that so-called modern painting is all made up of affectation. The taste obviously varies with the times and the paintings are dated much more surely by the making than by the inscriptions affixed at the bottom; but nowadays there is a desire among many artists to avoid at all costs what has already been done. Hence the nameless eccentricities and the disappearance of all sincerity. It is not, whatever one thinks, the way to be original in the good sense of the word. When a painter is gifted and has a personality, he does something new without trying to do something new.
Moreover, this desire for the new has other deplorable consequences. Instead of working to find beautiful lines, we contrive to discover ugly ones; instead of trying to give the painting all the finesse it has, we try to rush the canvas as quickly as possible. » 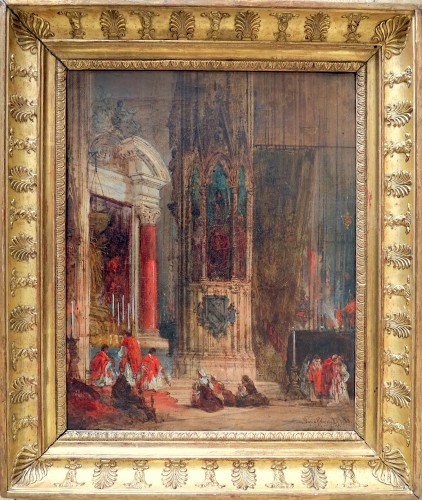