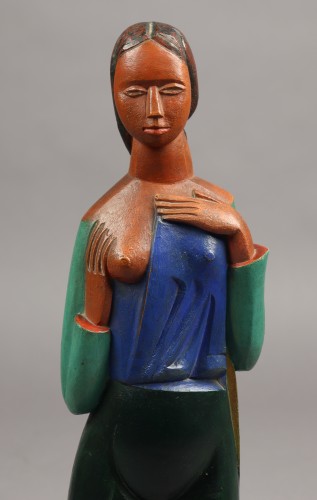 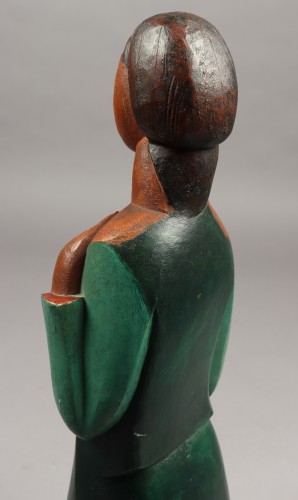 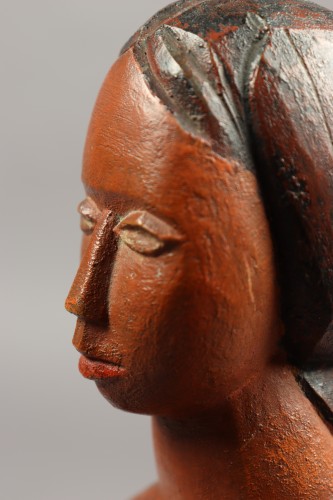 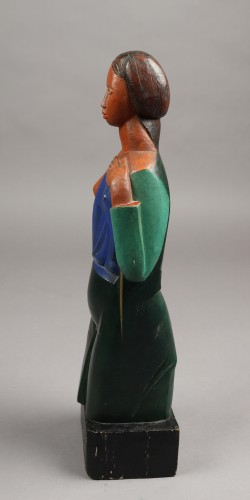 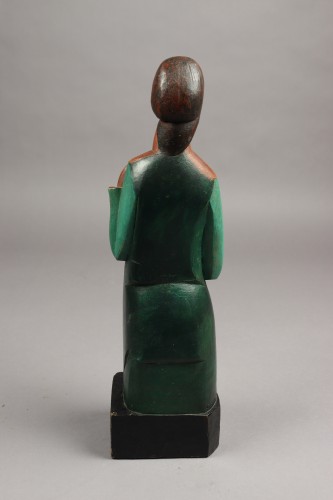 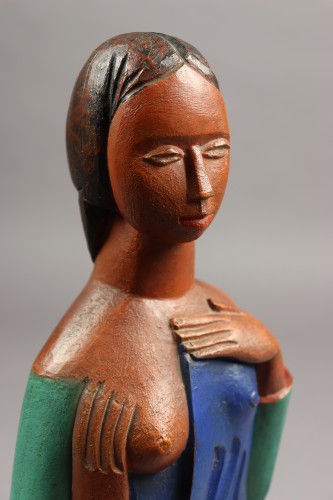 Young woman with bare breast by Jozef Cantré, scuplture in polychromed wood, circa 1922.
Jozef Cantré was born in Ghent in 1890, 4 years after his brother Jan Frans. Trained at the Royal Academy of Ghent, his first works are tinged with a symbolist atmosphere that evokes Georges Minne. He took refuge in the Netherlands after the First World War until 1930. He discovered the power of non-European sculpture in the ethnographic museums of Amsterdam and Leiden. During the 1920s, he actively participated in numerous avant-garde magazines such as Ruimte, Lumière and Ca Ira. In 1923, his trip to Berlin led him to meet Ossip Zadkine, an artist whose work he greatly appreciated. He then joined the "De Vijf" group which included his brother, Frans Masereel, Henri Van Straeten and Joris Minne.
In parallel to his sculptural work, he illustrated many books. He was rewarded in 1937 at the International Exhibition in Paris for his illustration of the poems of Karel Van de Woestijne and obtained important commissions for monuments after the Second World War.