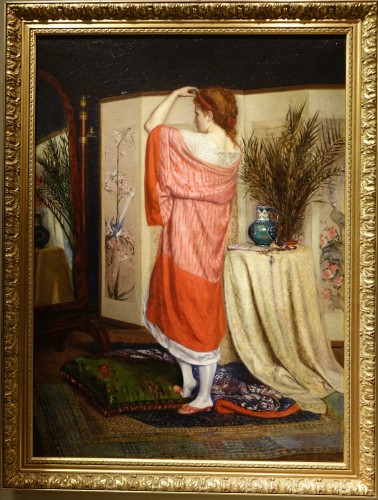 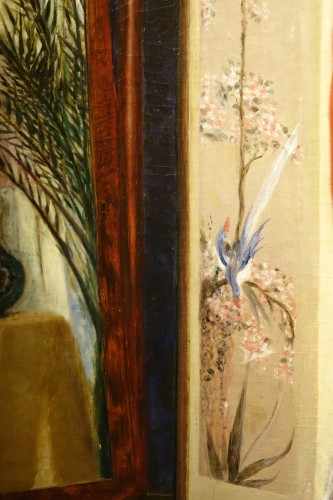 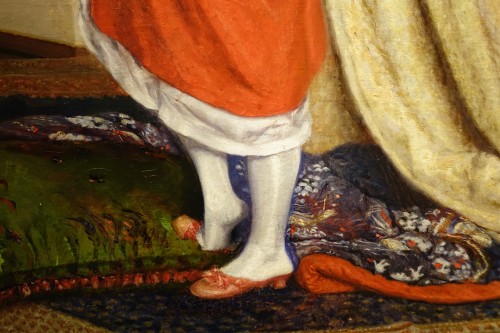 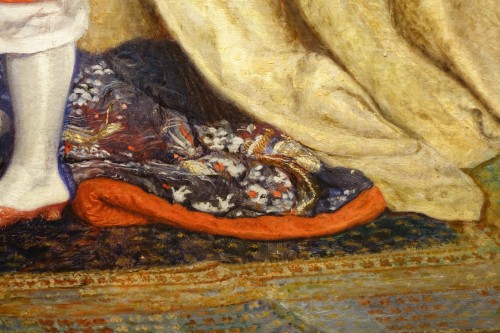 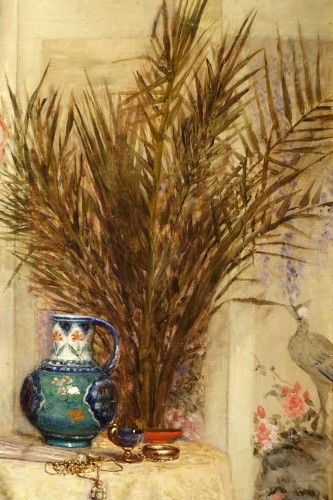 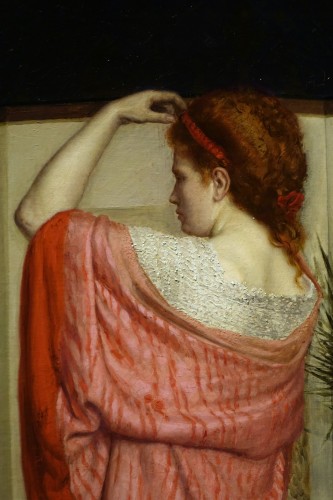 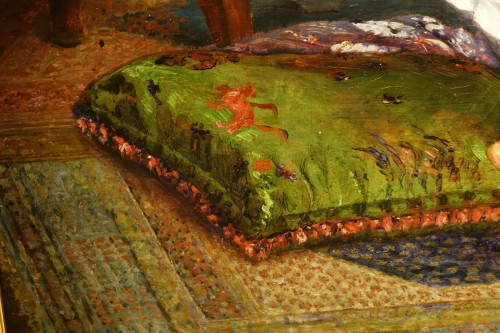 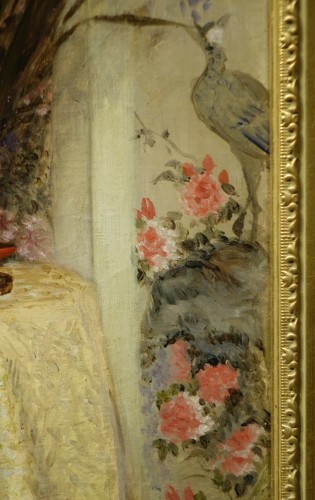 Oil on canvas representing a young woman dressing, in front of a Psyche, signed Alphonse HIRSCH, dated 1872.
Painter, engraver, collector, close to the Impressionists. Student of Bonnat, and Meissonier at the Beaux-Arts. At the Salon from 1869 to 1884. He was friends with Manet, Degas, De Nittis, and the Camondo family of whom he painted a group portrait in 1875. They all frequented Samuel Bing's store, Japanese Art.

I In the last quarter of the 19th century, ukiyo-e became a new source of inspiration for European painters. It is in a series of articles published in 1872 in the magazine "renaissance artistique et littéraire" that we give a name to this revolution: Japonisme.
"Japan was the equivalent of the discovery of a new esthetic horizon", said Raynaud Isey.
90x69 with frame 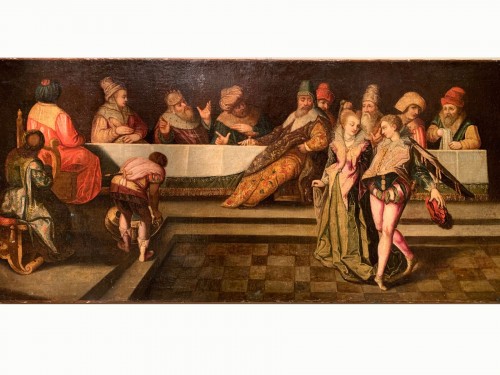 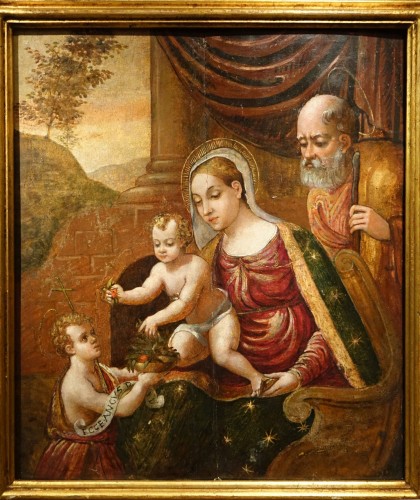 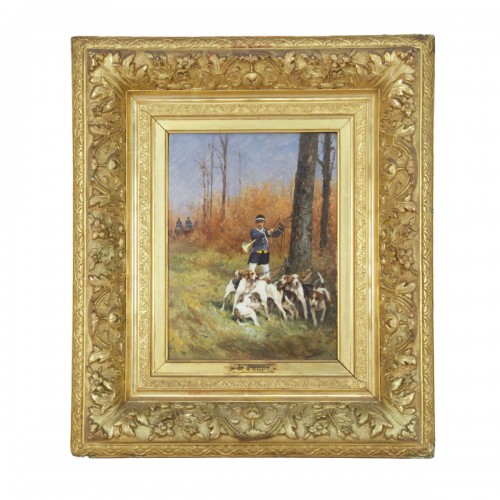