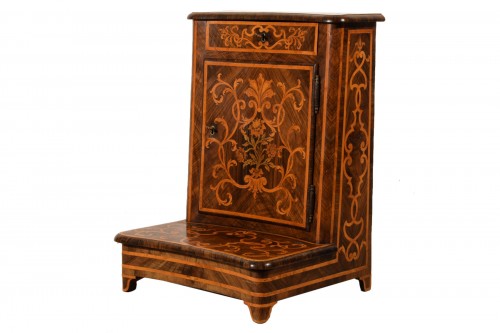 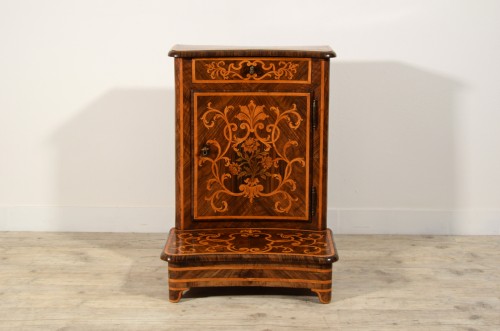 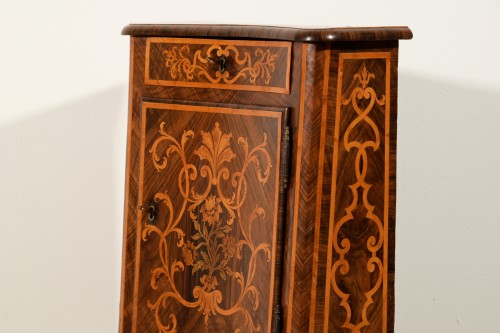 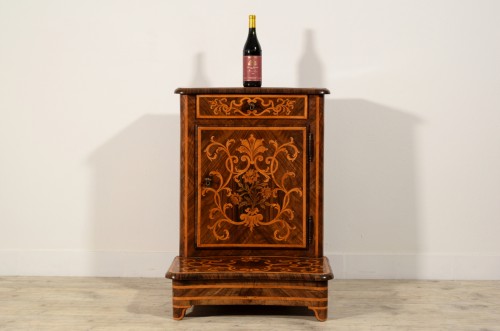 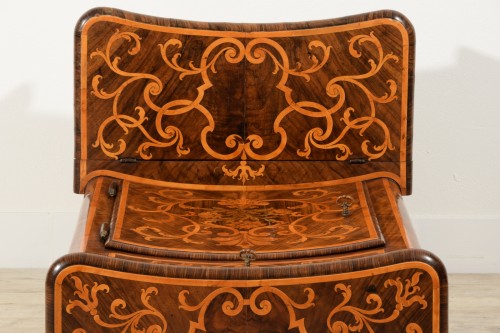 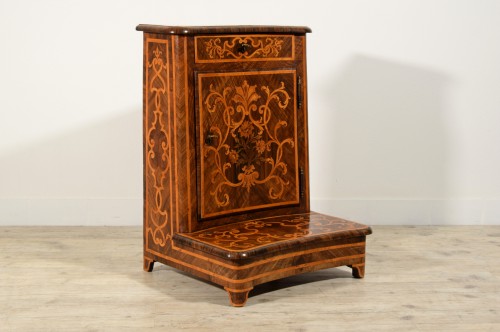 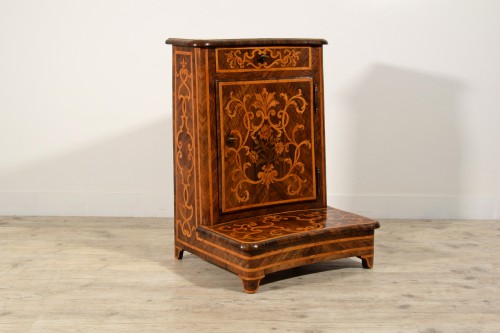 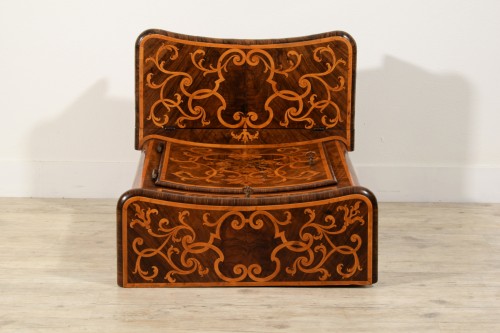 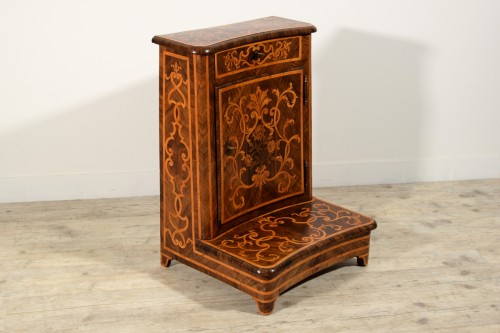 This elegant kneeler or prie-dieu was built in Turin, Italy, in the mid-18th century. Entirely paved and inlaid with walnut and boxwood, it has decorations with phytomorphic elements very refined. On the front a inlay with floral still life of great pictorial effect completes the decoration. Valuable are the chromatic contrasts that the different colours of the wood essences create, thanks also to a wise ability of the cabinet maker to exploit the wood in order to create games of color and decorative effects. The frames, reserves and ornaments that the inlays create are an example, in addition to the finishing of the rounded edges with a geometric effect.
The kneeler has a sober and slightly moved shape that respects the dictates of baroque furniture commissioned by noble and wealthy bourgeois for their private homes. The upper, quadrangular plane is slightly shaped on the front. Frontally the cabinet, slightly concave, has a small drawer and a compartment hidden by a door. The top on which the knees can be placed can be opened at the top thanks to a drop-down door. The feet are shaped and slightly moved.
Still usable as a prie-dieu, it can also be thought as a bedside table or cabinet to store small private objects, placed in an intimate environment such as a study or a bedroom. 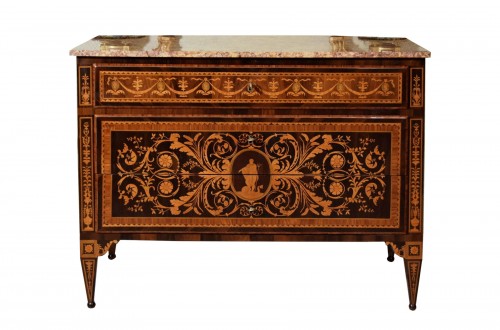 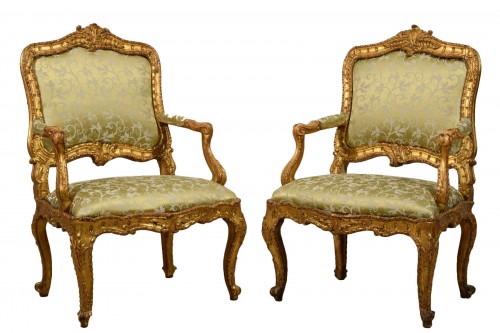 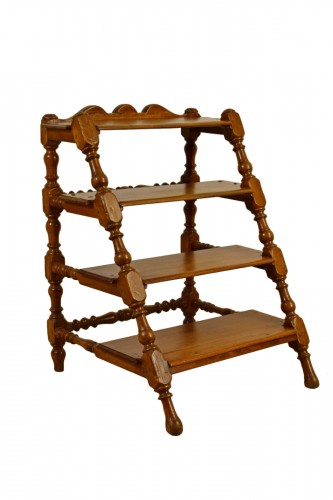 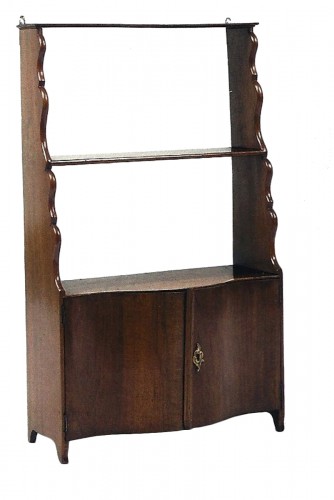